Dad was playing blindman's bluff when he walked out the door and accidentally stepped on a trigger that set off. It catapulted a massive boulder into the Eiffel Tower. The Tower fell and missed him by a fullstop.

The cops showed up and while they were examining the fallen, famous tower, dad hopped into the cop car.

He accidentally pressed ‘EJECT' on the dashboard. The seat flew up in the air.

Dad walked off the seat and into a hot air balloon. He pulled the plug to make it go down. The hot air balloon lowered and lowered . It landed and  Dad went straight back to the party.

Dad got the blindfold and headed for the door. I had left my skate at the door.  We were looking  after an elephant.

Dad took off his blindfold.

My friends and I put our hands in and tried to find him and pull him out. We couldn't find him.

Mum came out and I told her that dad was stuck in the elephant's bottom. We all laughed and thought it was hilarious.. 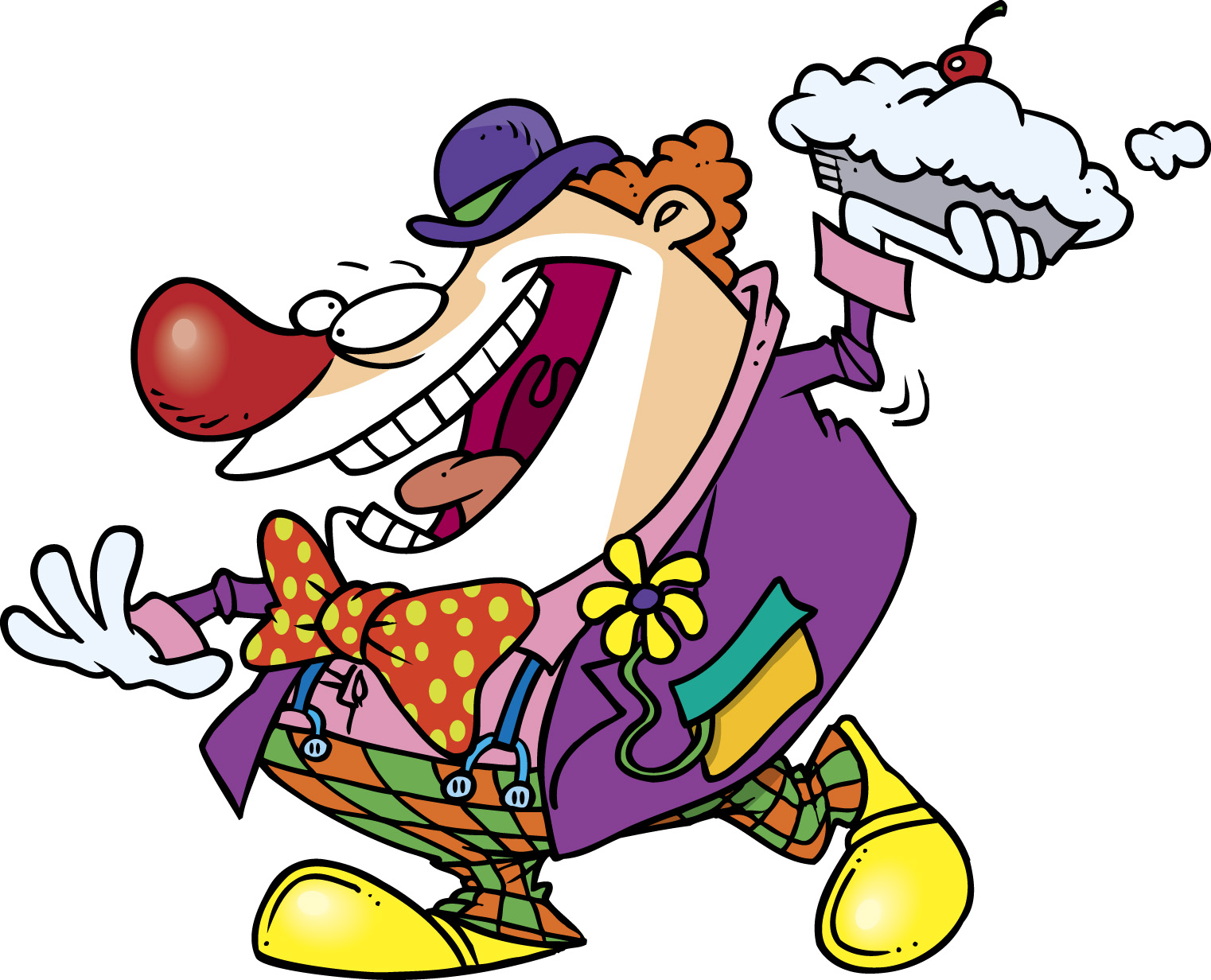 It is dress-up day at school and I am the first one to get to school. As my friends come to school I say to them, that I can make a whole circus come to school, just by using my shoe. But, they don't believe me.

So, I do some other tricks. I say, "put your hands in my hat ." They all do it at the same time and they turn into a completely different person. Lucky for them, that only lasts for three seconds.

I do heaps more crazy, unbelievable tricks. The one that is absolutely the best is when I pull out one cream pie and throw it. It turns into 1000 cream pies and splats everyone in the face.

When it is recess time, I do my biggest trick. I take off my shoe, disguised as a phone. I call the circus and they come straight away. As soon as they arrive, one clown steps out and clones lots and lots of clowns. They give everyone, thousands of pies.

This is where everything goes wrong! I turn into a human, cream pie. 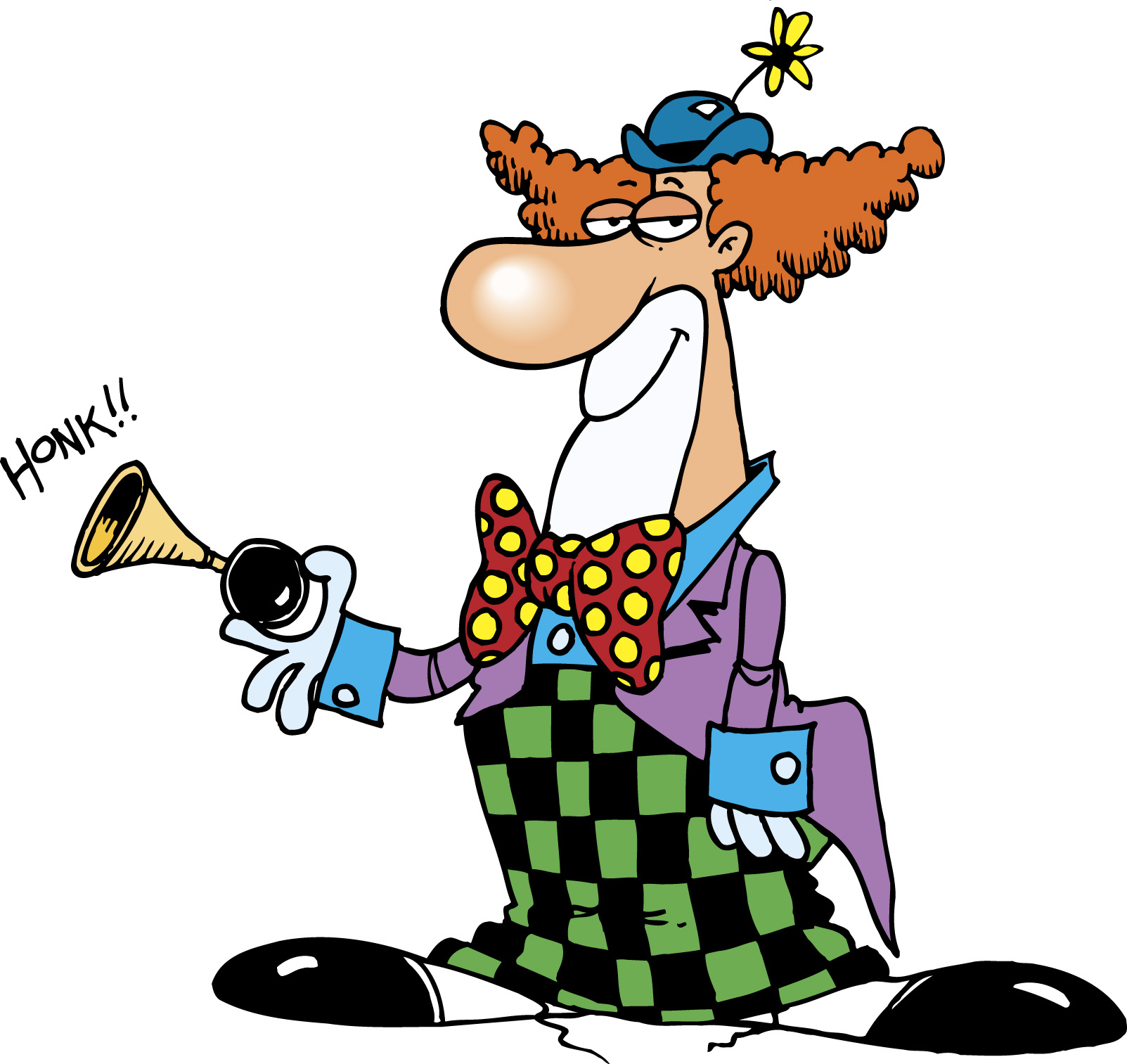 It is dress up day at school and I am dressing up as a clown. My mum said that I have to walk to school so I ended up walking with my friend, April.

When I left the house I got my magic trick hat and I played tricks on April.

I said in a whispery voice,"make April wet!" And it happened!

After school, I went to the circus and when the Acrobat was on the stage I demolished the whole thing. 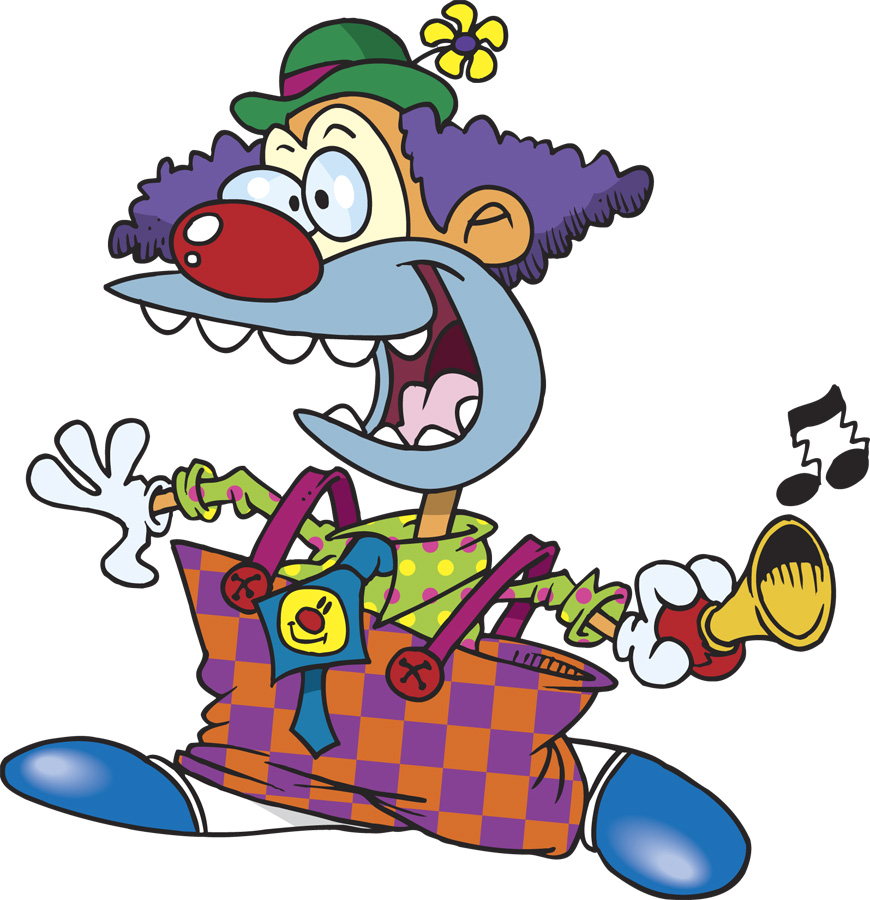 When we got to school, I hung up my bag on the hook, and I played a trick on my friend, Storm. I said," do you want to smell my flower?"

I squirted her in the face.

I played a trick on all my friends.

The circus came to school and the circus people thought I was one of their clowns.

I said to them,"I'm not one of your clowns!"

"Oh!"They said and they let me go. I went home.

..I had a trick up my sleeve. It was a bullfrog. It jumped out of my sleeve and scared my friends away.At school, the circus comes. The strongman grabs me and takes me to the circus…

It is dress up day at school and I am dressing up as a clown. I am going to trick some of my friends on the bus and at school. I am bringing my toad to school and a mini-cannon to cream-pie people...

One hot day, a jug fell on me. It was a magic jug. It turned me into a worm.

I started slowly slithering through the window. I saw an ant. It was a lot bigger than usual. I slithered away and I fell into a hole.

Inside the hole, there were millipedes and army ants. They were saying, "intruder!"

They came after me. One grabbed me and pulled, but I was too strong. I banged into the bench and the jug fell on me again.

When I was a child, an evil king had a pistol and he shot me. I turned into a worm. 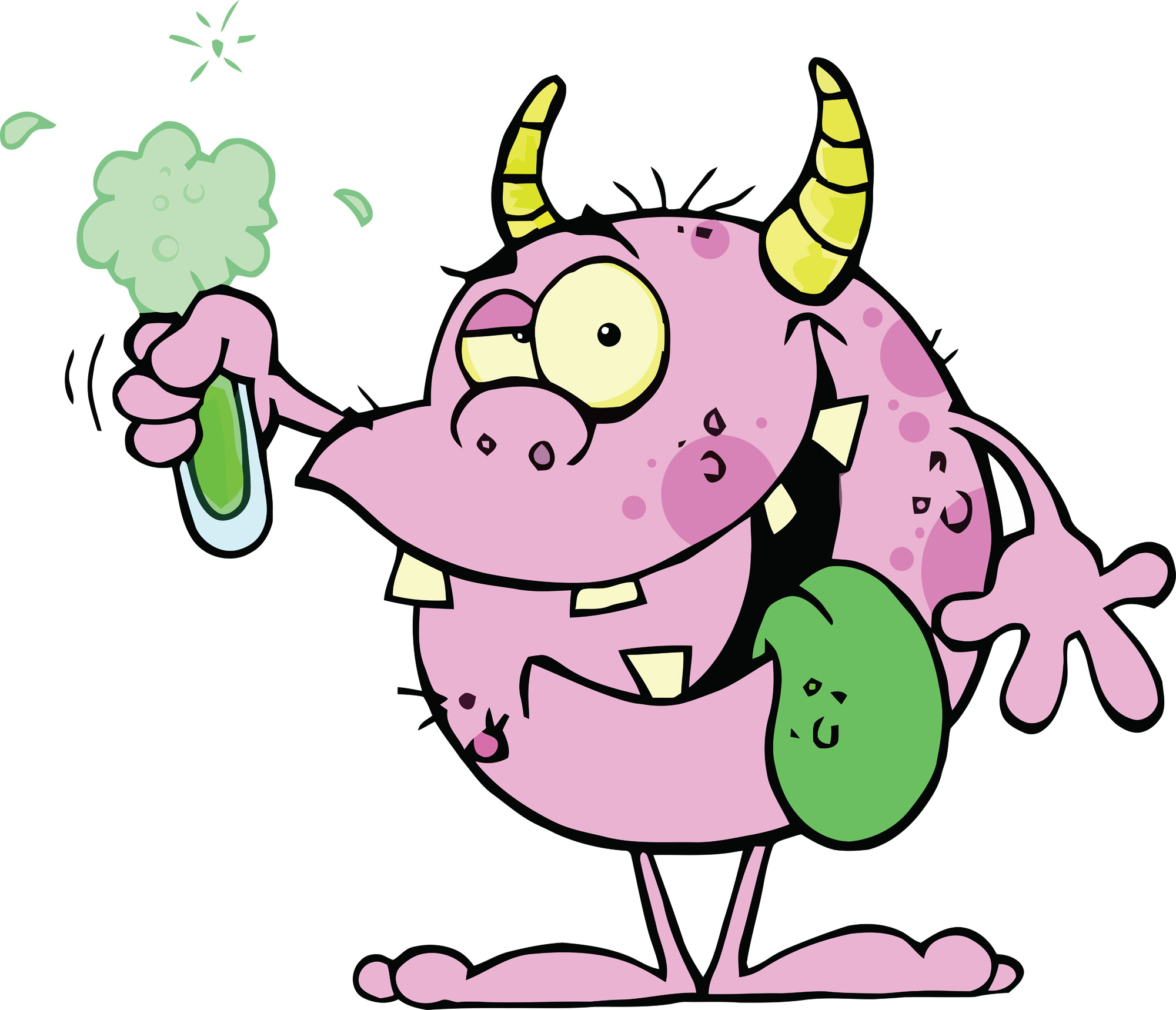 Mum gave me some water, and instead of cordial, mum pulled out the magic potion. I did not realise, until Mum walked away. By then I had drunk it and it tasted horrible.

I started to shake. Then my nose and nearly every part of my body got fatter and fatter. I was the fattest person I've ever seen. I saw lots of warts pop-up everywhere, all over my body.

I went out to feed the horses and they just ran away. It was horrible.

All of a sudden I was back to normal, at last.

One day, I gave some money to my friend Angus and he bought a chocolate milkshake. He put potion in the drink and gave it to me. I drank it.

I felt funny and fainted.

When I woke up, everyone was gone and I  realised I was ugly.

I tried to find an antidote to help me.

I went home and my whole family hated me and they ran away.

Then I went and washed my face and the potion wore off.

One time, I was at the football. I went for a drink of water.

As every sip went into my mouth, I started to change. Slowly, I grew horns, a big fat nose and big furry hands with claws. Everyone was staring at me so I went home.

The next day, I went to school, even my friends were scared of me, but the bullies wouldn't come near me. I couldn't go into class and I saw a Coke can in the garbage bin. I was thirsty so I drank it. It was the antidote… 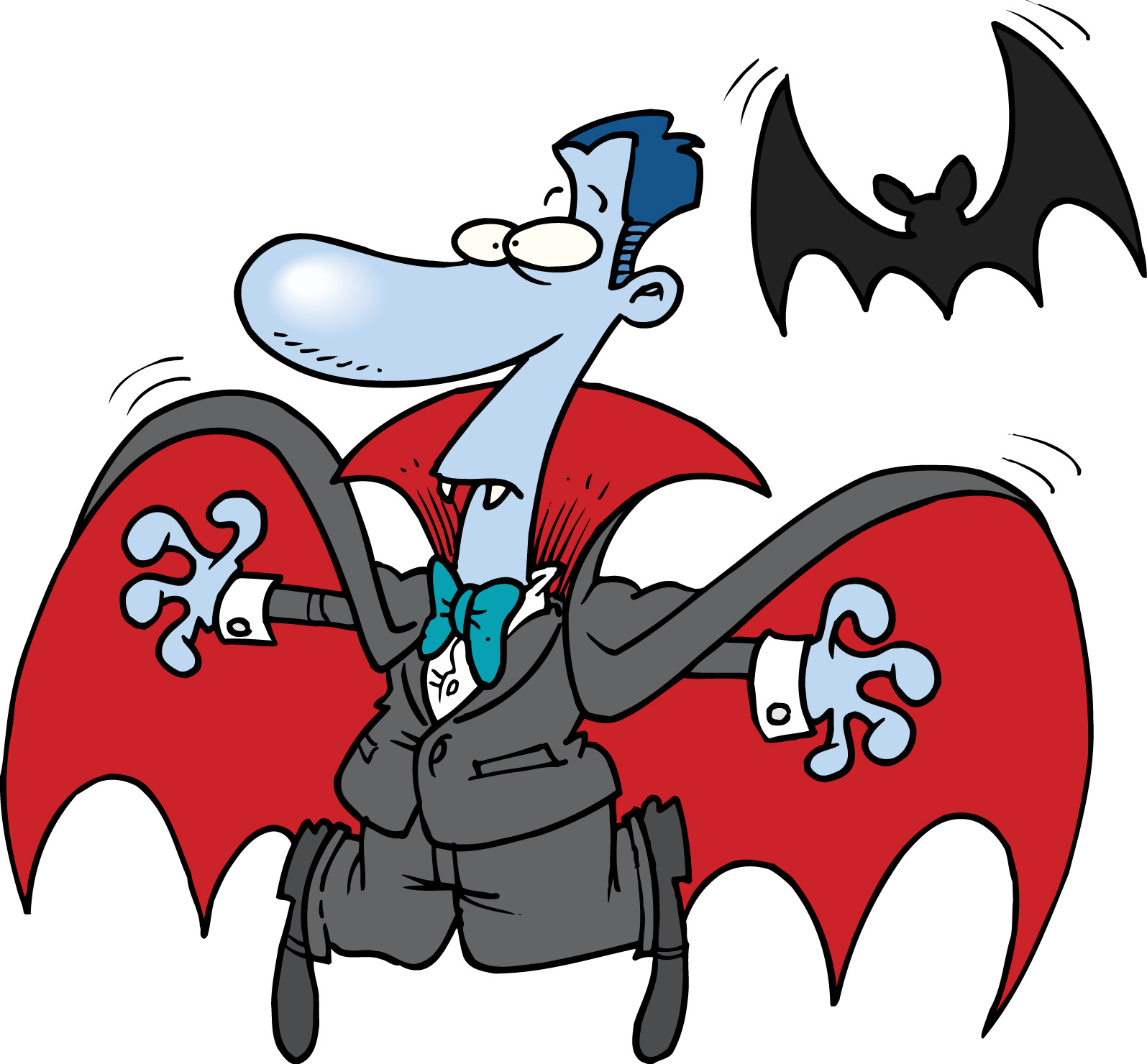 I've just robbed a blood bank. Some mysterious vampire is trying to shoot me with a dream maker. I got shot.

I fall asleep with a, zzzzzzzz.

My dream opens up and I am a black, rubber tyre rolling across the road, connected to a car. I fall off and land in a garbage truck...

One day, I got shot by a dream maker. I got knocked out cold.

When I woke up, giant robots were attacking the earth and I said to myself, ' if it is my dream, I can dream anything, so I dreamed a plasma television instead.'...

On Monday afternoon, when I was walking home from school, I saw my friends' Karly and Dotty. We started having a game in a ginormous puddle that was right in front of us. We tried to jump it but something pulled me in. It felt like a big monster with prickly skin.

I had a bit of rope in my school bag. I said to Karly and Dotty, "pull as hard as you can!"

As soon as I got out we ran as fast as we could, back to my house and locked everything. I hid in the cupboard in the kitchen.

I was at the zoo. I wanted to see the Rhino, so I climbed the gate. It swung open.

The Rhino chased me.

I ran into the park and I slipped into some mud.

Something grabbed me. It was a skeleton. I was sinking….