Fairy Tales below include: MYTHS AND MAGIC (Catriona Vickery), THE HORSE-RIDER AND HIS SISTER (Hannah Dunmore), CHAZZA AND THE ELECTRICAL MONSTER (Charlie Dudley), THE WITCH AND HER SERVANTS (Tom Learmonth), OLIVE AND THE ANTS (Adrian Mulham), THE MINECRAFT ADVENTURE (Ryan Penney), MOLLY AND THE MERMAID (Zoe Metcalfe), AURORA AND THE SEA MONSTER (Ellie Fishlock) 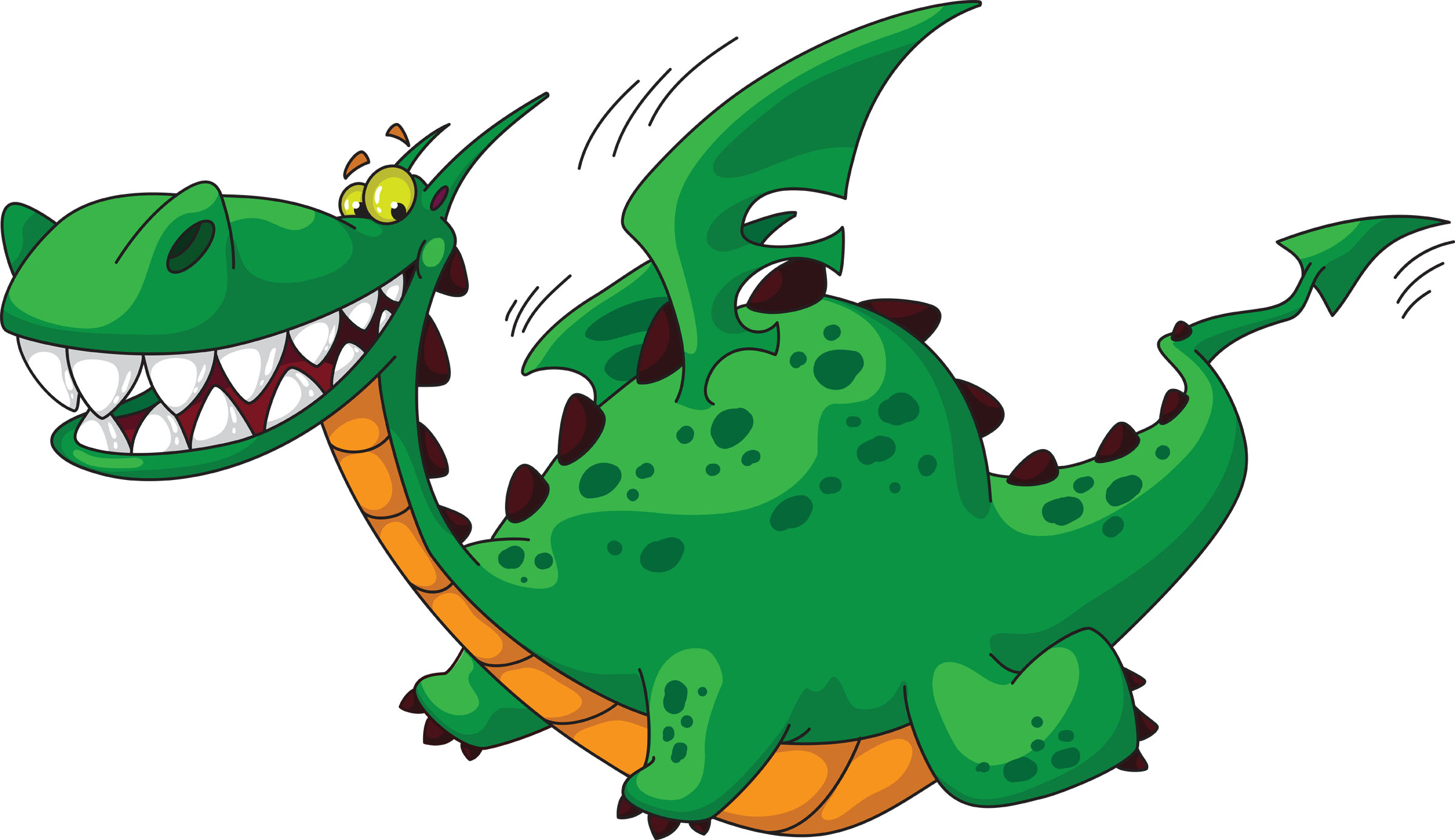 One day, back in 1642, 9 0060 999 goblins were released from Alcatraz, along with a dragon and a goblin king. The evil masterminds discovered a place called The 3 Entries; a lonely, ancient place with torches for light. One tunnel said, ‘FC'. Another said ‘MM', and the last said 'EF'.

The prisoners did not know that ‘FC' meant Fairy Castle, that ‘MM' meant Mysterious Monster or that ‘EF' meant Enchanted Forest, but they all went through to Enchanted Forest.

It was gloomy inside Enchanted Forest, with man eating mulberry trees and a crystal clear poison stream. Constrictors constricted whatever they could constrict and pink flowers surrounded the path. After a couple of hundred miles of walking, the prisoners stopped to see in the distance, a palace coming from under the water.

The water goblins dived to find a queen, a seahorse and 2 servants all tangled in some seaweed. They stole Shannon, the seahorse, along with the queen, Melanie and the servants; Lucy and Rachel.

A baby sea snake, Melanie's pet, followed them with determination, but they were all mysteriously shrunk to half a centimetre and put in a test tube filled with the chemical -supercalafragalisticexpealidocious (supercal), a poison that would disintegrate their tails in 5 months. The goblins planned to kill the mermaid and run tests on the chemical, to find out their weakness, so that they could kill their entire species.

Aquaticus, the baby sea snake slithered into the lab, and killed the goblins with her powerful venom. She knocked over the test tubes.

Back in ‘Graveyard for Goblins', the goblins dug where a gravestone stood. The carvings on the gravestone said, "RIP to the goblin dragon army."

Suddenly from the grave appeared, The Goblin Dragon Army. They cackled in despair and the graveyard echoed magically. The army groaned and screamed like 5 year old girls. Their skin was wrinkled and grey. They had very scruffy hair and lots of dandruff. Cobwebs and spiders were frothed up with dry saliva...... 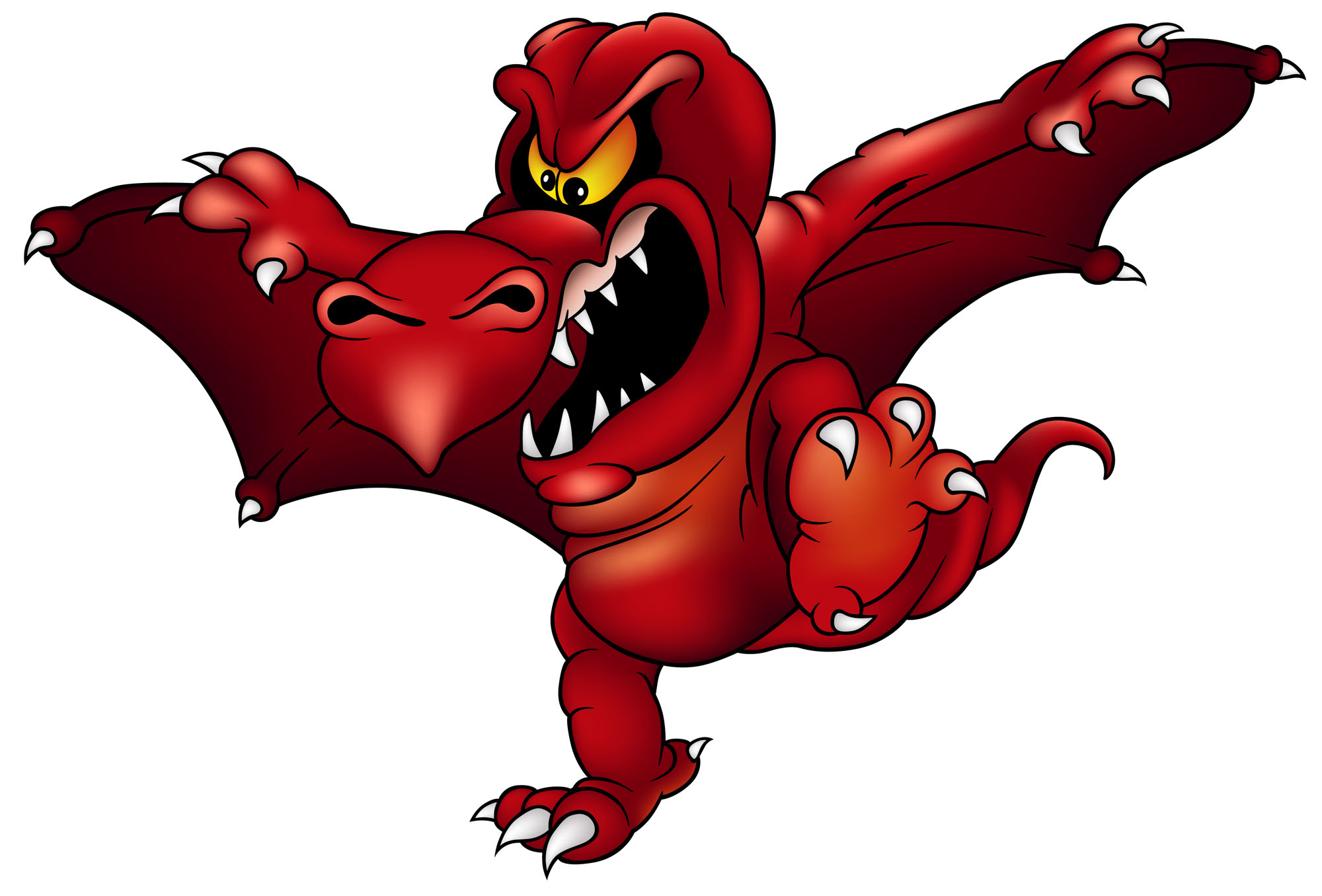 The HORSE-RIDER and his SISTER

Once upon a time, there was a big cave in the middle of a big, dark wood. In the cave there lay a big, red dragon with smoke coming out of his nose. It had red, blood-shot eyes and it had yellow, red and orange flames.

There was a witch's house on the other side of the cave.

One day they both flew away to the castle and the stable…..

CHAZZA AND THE ELECTRICAL MONSTER

Once upon a time there was a wizard called Chazza. Chazza was in the tower of the castle mixing some potions. Chazza   was trying to make a new invention that was going to be an electrical monster.

Chazza bumped a potion into the pot and an electrical monster was formed. It named itself Zapper. Zapper stole potion and zoomed out like a bullet. Zapper was heading for the forest.

When Zapper got to the forest he got some swamp goo and mixed it with the potions. Smoke puffed everywhere. Out of the smoke, Zapper could just make out a weird head with bolts in its ears and a circle on its stomach. It had four arms and it was holding two bones in its bottom two arms.

A powerful laser shot out of the circle on its stomach and hit Zapper.

Zapper quickly got up and shot an electrical ball at the monster. It stopped it with a shield that came out of two laser pulses.

The monster threw a bone that was like a boomerang..... 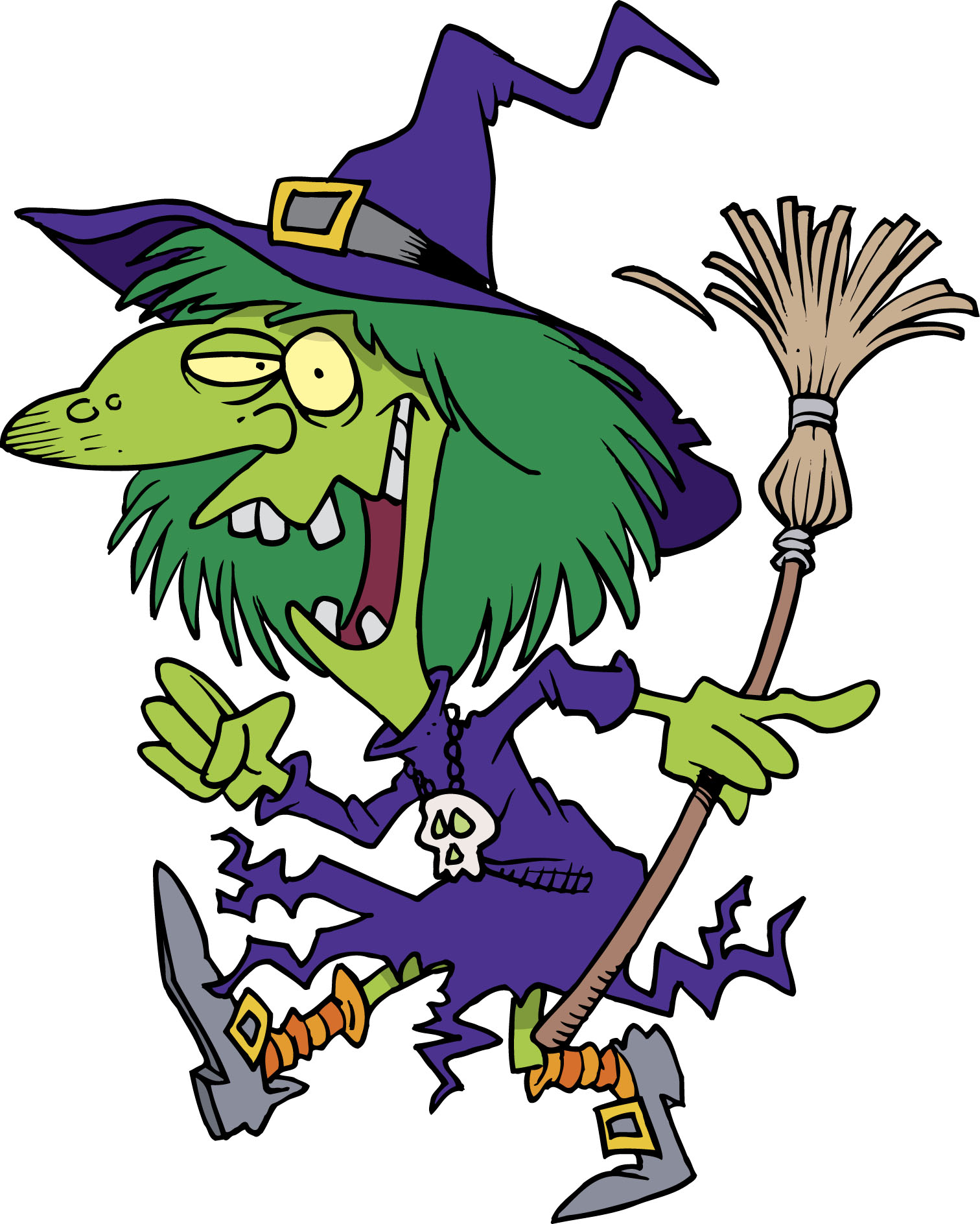 THE WITCH AND HER SERVANTS

Twice upon a time….there was a witch that loved in a floating castle, who had servants that were robots. When she clicked her fingers they would magically appear out of nowhere.

One day, she made a new dress for the giant's party. Then, when she went to the party she met Zombie and Square Head. They told her that they needed a new home. So she let them live in her castle with her. They said, ''Thank you, so much!"

The witch got Zombie and Square Head a bed.

The next day, the witch's servants were mean to Zombie and Square Head. The witch was disappointed so she cast a spell on the robot servants. The servants were gone and the witch, Square  Head and Zombie lived happily ever after.

OLIVE AND THE ANTS

Once upon a time a queen called Olive was waiting for a taxi from the fancy dress party. Along came a colony of ants. They said,"we will take you home, ok?"

She hopped on. The ants made her lie on them. They started to walk towards the palace. The ants turned left . "Where are you going?"she shouted. They didn't speak.

Finally the ants reached the nest. In a minute they came back and started to pour ketchup on her. They finished and picked her up.

They took her to a remote cave in a remote valley. They whistled once.

Olive heard a big thump and another and another. In the distance there was a huge woman with tomato sauce all over her….. 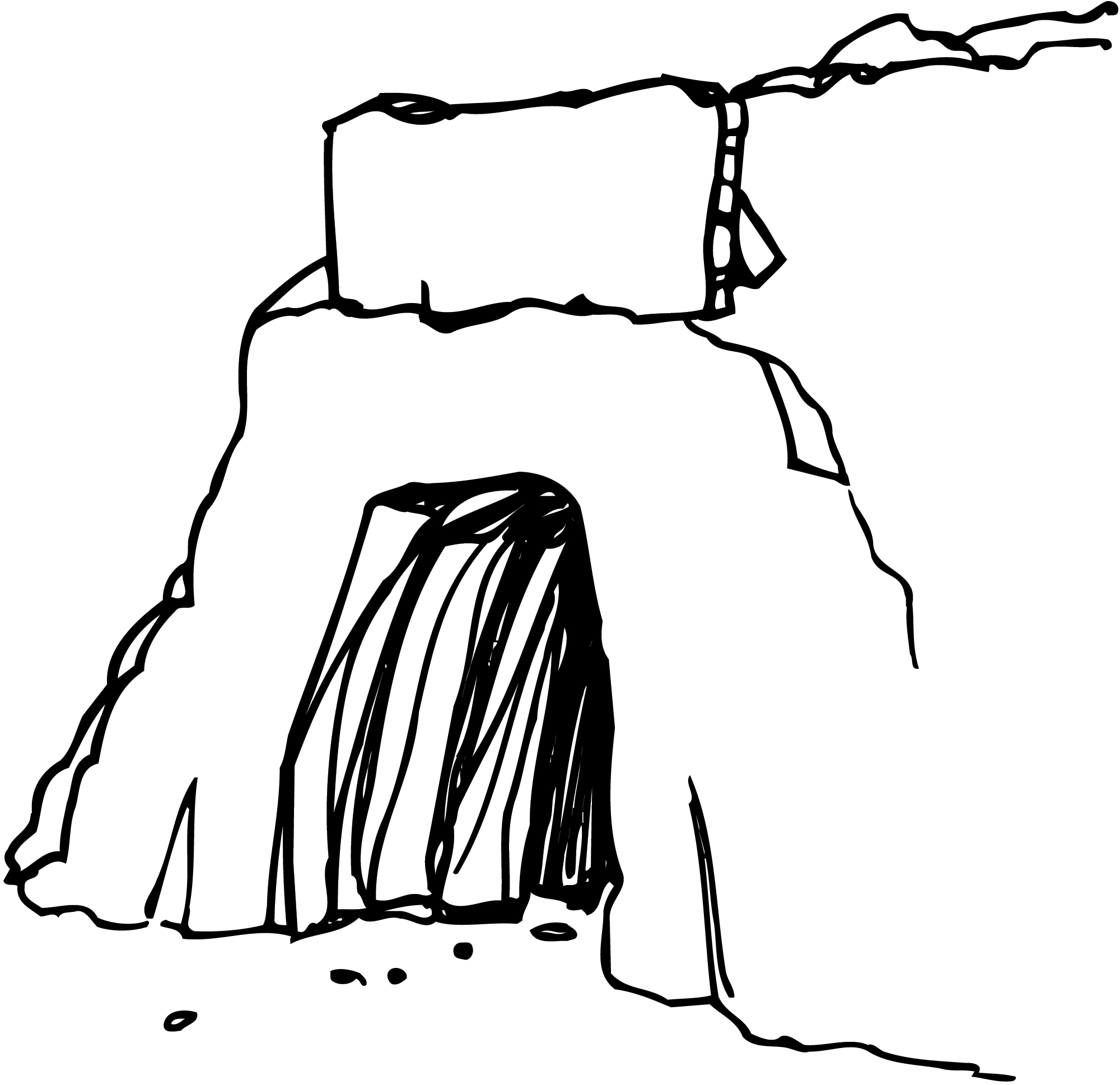 Late one night, Adrian and Angus were sleeping over at my house. We were having a Minecraft  marathon.

We had just finished building my palace and suddenly Minecraft flicked off and a   Herobrine face appeared and we were sucked into Minecraft and we were in the palace that I had built.

I went  and opened a chest. It was full of diamond tools and armour. We went by mine cart to my underground bunker. I decided, that if we were trapped we would need some resources, so we went into the enchanting room and enchanted everything to level 50.

We headed into my mine and we saw Herobrine. We tried to kill him but he didn't die. He disappeared (YAY!) and we ran away.

A while later, we saw signs all over the ground and we just walked past them and into a cave. Suddenly the signs disappeared and the floor went away and Herobrine dropped from the roof of the cave. He fell into the lava but didn't die. We went further in and suddenly the ground dropped away.

We made a bridge but when we were going along it, it broke and Angus fell into a pit of lava. The lava started rising.

After we got back to the surface we started heading back to my palace. Adrian went ahead and fell into another cave. From out of nowhere, monsters started pouring out of an opening in the wall.

After all of them came out, Angus came out as well. He looked just like he did before he died in the lava, except he had no pupils, just soulless eyes.

MOLLY AND THE MERMAID

One bright, sunny morning, Princess Molly was in the castle's garden with her puppy, Sunny, playing a game of fetch when she heard a splash. She ran out to the pool to find nothing but a strand of hair. She looked again and saw with her very eyes- A mermaid!

Molly was very frightened. Suddenly, the mermaid said, "hi my name is Sarah, what's yours?"

"Do you want to come for a swim?" asked Sarah.

"I would, but I don't have swimmers." said Molly.

Meanwhile, Mr Twit and troll were planning an evil plan.

Suddenly, Molly tripped to the ground and Mr Twit and troll jumped out and grabbed Sarah and put this liquid on her hand. She fell fast asleep. They grabbed Sarah and chucked her in a big, brown bag, just in time to see Molly jump up and run after them. Molly ran as fast as she could, but Mr Twit and troll were magical, so they could do anything and they turned invisible.

Molly was so busy with Sarah that she forgot all about Sunny. She ran back to the garden to see Sunny cuddled up in a ball, fast asleep. She picked up Sunny and ran her up to the castle.

Molly stopped at her father's globe to see if she could see Mr Twit and troll……….. 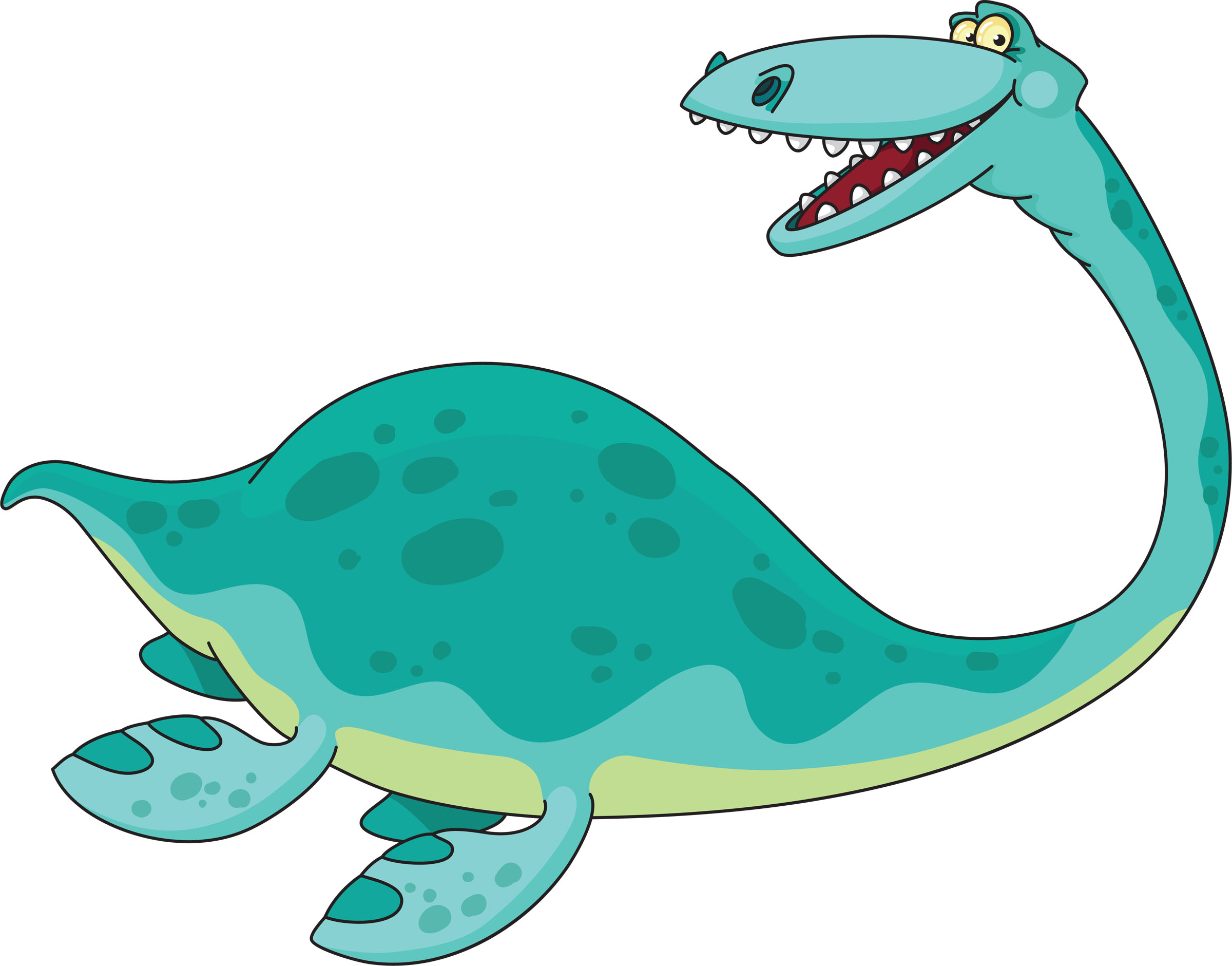 AURORA AND THE SEA MONSTER

A Nice Beginning By Ellie Fishlock

One silent night, at Misty Ocean, Aurora was sitting on her favourite rock, when she saw a sea monster sitting beside her.

Aurora jumped in the water and she realised that, her friend, Olli had turned into the very same, sea monster.

Aurora jumped out of the water and sat on the bank until her mermaid tail turned into legs.

That afternoon she was walking through the Scary Caves, when she saw a wizard who gave her three wishes…..